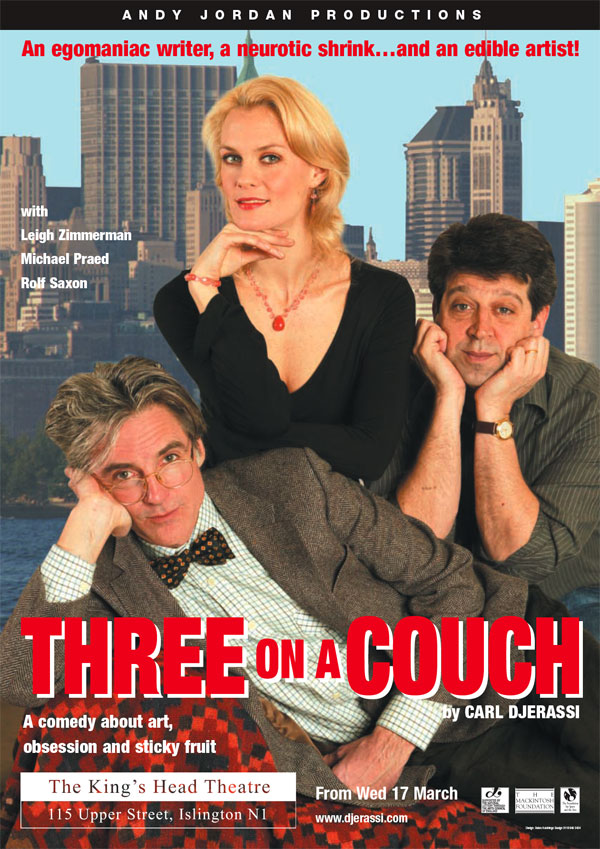 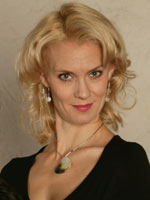 Leigh Zimmerman (pictured) will premiere a new comedy at London's fringe King's Head Theatre this month, before returning to the West End musical stage in the autumn for the long-awaited transfer of Mel Brooks' multi Tony Award-winning The Producers (See News, 2 Feb 2004 &17 Dec 2003).

At the King's Head, Zimmerman will join Rolf Saxon (Chicago, The Graduate, The Seven Year Itch)  in Carl Djerassi's Three on a Couch - a three-hander set in New York and revolving around an egomaniac writer, his neurotic shrink and rather cross but beautiful wife- which runs from 29 March to 25 April 2004 (previews from 17 March).

A world-famous scientist, best known for the synthesis of the contraceptive pill in the 1960s, Djerassi is the author of multiples novels and plays such as An Immaculate Misconception. Three on a Couch is directed by Andy Jordan and designed by Nicky Shaw.

An American whose Broadway credits include A Funny Thing Happened on the Way to the Forum, Crazy for You and Follies, Zimmerman came to West End prominence in Chicago before starring last year as The Girl in the Yellow Dress in Contact, directed and choreographed by Susan Stroman, who she'll be reunited with for The Producers. Mel Brooks' hit Broadway musical receives its London premiere at the West End's Theatre Royal Drury Lane on 9 November 2004 (previews
from 22 October).

In The Producers - written by Brooks and Thomas Meehan, based on the 1968 film classic - Zimmerman will play Ulla, starring alongside Richard Dreyfuss and Lee Evans, as washed-up theatre producer Max Bialystock and his timid accountant Leo Bloom, who cook up a scheme to make a fortune by presenting a sure-fire flop called "Springtime for Hitler".